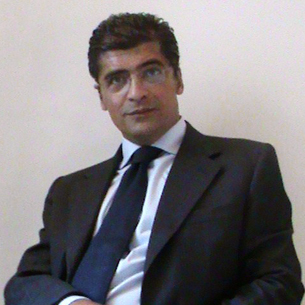 Aldo Elli is the senior founding partner of the Elli Falsoni law firm.

Aldo Elli received his law degree with a specialization in commercial and corporate law from the Catholic University of the Sacred Heart in Milan (Università Cattolica del Sacro Cuore di Milano) in 1994 and has been a member of the Milan Bar Association since 1997. In 2004, Aldo Elli successfully completed a “Master of Laws in International Banking & Financial Law” at Boston University School of Law.  In 2008, Aldo Elli successfully participated in a course for specialization in arbitration organized by the National & International Arbitration Chamber of Milan.

Over the years, Aldo Elli has collaborated professionally with prestigious law firms in Milan and abroad including, in 2000, working with the Herzfeld & Rubin law firm in New York.

Aldo Elli works primarily with national and international corporate clients in the litigation area including corporate, commercial and banking litigation, both in connection with judicial and arbitration proceedings. He also works extensively in the area of extra-judicial consultancy by drafting commercial agreements and overseeing extraordinary corporate transactions.

Aldo Elli’s areas of specialization include corporate, commercial and banking law in every context. Aldo Elli provides legal assistance and consultancy services to Italian companies and foreign entities in the area of mergers & acquisitions, transfer and lease of going concerns, other extraordinary transactions as well as in connection with all main commercial agreements, such as, by way of example, contracts, joint ventures, investment agreements, agency agreements, license agreements, and commercial cooperation agreements.

Aldo Elli also works closely with various sporting leagues, officially recognized by the National Olympic Committee, in both the extra-judicial setting by drafting licensing, sponsorship and merchandising contracts and in the area of litigation regarding issues connected to sports liability for athletes and team members.